Fireflies are common insects that you can find almost everywhere in India, and so are their larvae. Firefly larvae tend to be slightly bigger than their adult form, from my interpretation. Very often, while walking in the dark, I spot tiny glowing lights beneath the shrubs by the path. One day, I decided to take a closer look, and then realized it was a Firefly larva. 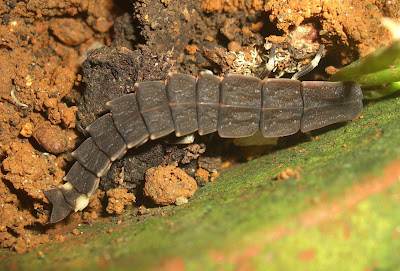 I took it home and took some shots. A few days earlier, I had spotted this 'trilobite' which I had seen before, in my previous trips to India. I'm not exactly sure what it is, but it resembles a trilobite beetle. But you'll also notice that it looks very similar to a firefly larva too. Here's a shot of the 'trilobite'. 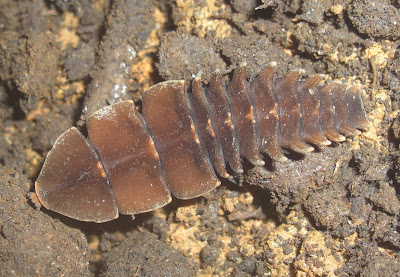 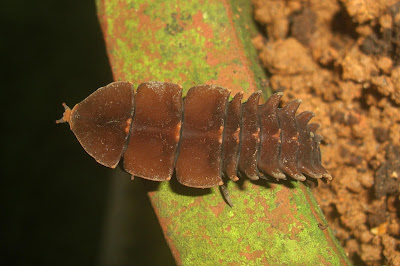 The firefly larva has a much thinner body, and has a big 'shield' covering the top of its head, whereas the head of the trilobite is more revealed. Here's a shot of the firefly larva, curled up. 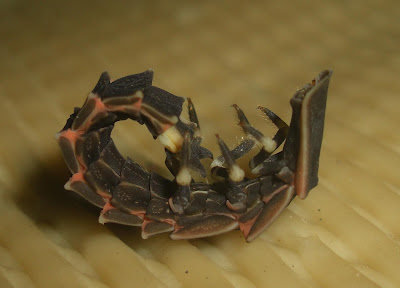 A slightly close-up shot of the trilobite's head. 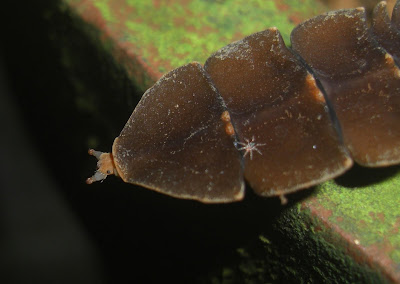 One more key factor to differentiate between these two is its tail. The firefly larva has a pointer tale, and it's second last segment glows and produces light when its dark, just like the adult firefly. On the other hand, the trilobite has a normal tail, jagged edges as usual. 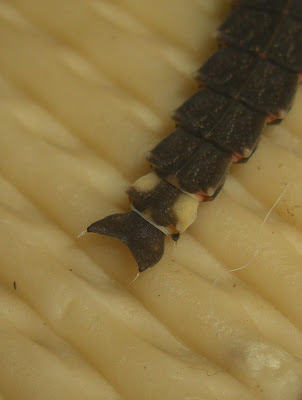 Wierd, wierd and wierd!! I've never seen anything like those before! Cool pics! :)

Thanks Calvin! Nope, I used my old Casio P&S to shoot these critters ;-)

This is a Flickr badge showing public photos and videos from Shawn14595. Make your own badge here.